WORD BY THE FOUNDER 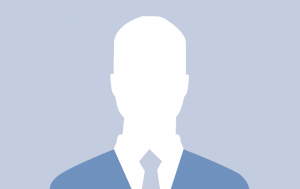 Greetings..
Hassan Fakih Office, which stands now (25) years after its launch in the ranks of serious and committed engineering consultancy offices in Saudi Arabia thanks to factors that made it astrong structure full-fledged, capable of providing engineering and consulting services at the highest level, preceded by a reputed aromatic in everywhere.

The beginning was in the Kingdom of Saudi Arabia in the year (1995), and thanks to God alone and then thanks to multiple partnerships with specialized international offices in Egypt, the United Arab Emirates and others has become the Office of another matter inside and outside the Kingdom of God and power.

We also have a strong mission to provide all our expertise in the field of engineering consultancy to raise the standard of living within the Kingdom of Saudi Arabia and make itamong the international countries, which increased the confidence of customers and wehave been ranked as one of the best advisory offices in the field of regional urban observatory.On the other hand, the precedent of the office’s work in the fields of engineering consultancy such as interior and exterior design, decoration, urban planning and contracting works speaks strongly for itself throughout the Kingdom.

We seek the good and the advancement of our beloved country and our people.